Treyarch just released a new update to the game's settings, for all platforms, addressing numerous bug fixes and issues while also updating certain weapons and playlists. Starting off with multiplayer most changes seemed to be revolved around some gameplay elements with a few miscellaneous like spelling mistakes etc. In addition, Zombies also had a few game breaking and crashing bugs fixed and some gameplay related issues resolved.
Among other things, Treyarch has kicked off their first 2X Tier Boost Weekend in Multiplayer and Blackout, along with 2X Nebulium Plasma in Zombies on all platforms for which you can find more info here.
Moreover, as the crown's jewel for this update Blackout received extensive tuning in weapon classes and also having the 9-bang flash grenade removed. The Blightfather event is now live across all platforms and for all three game modes that blackout has to offer. 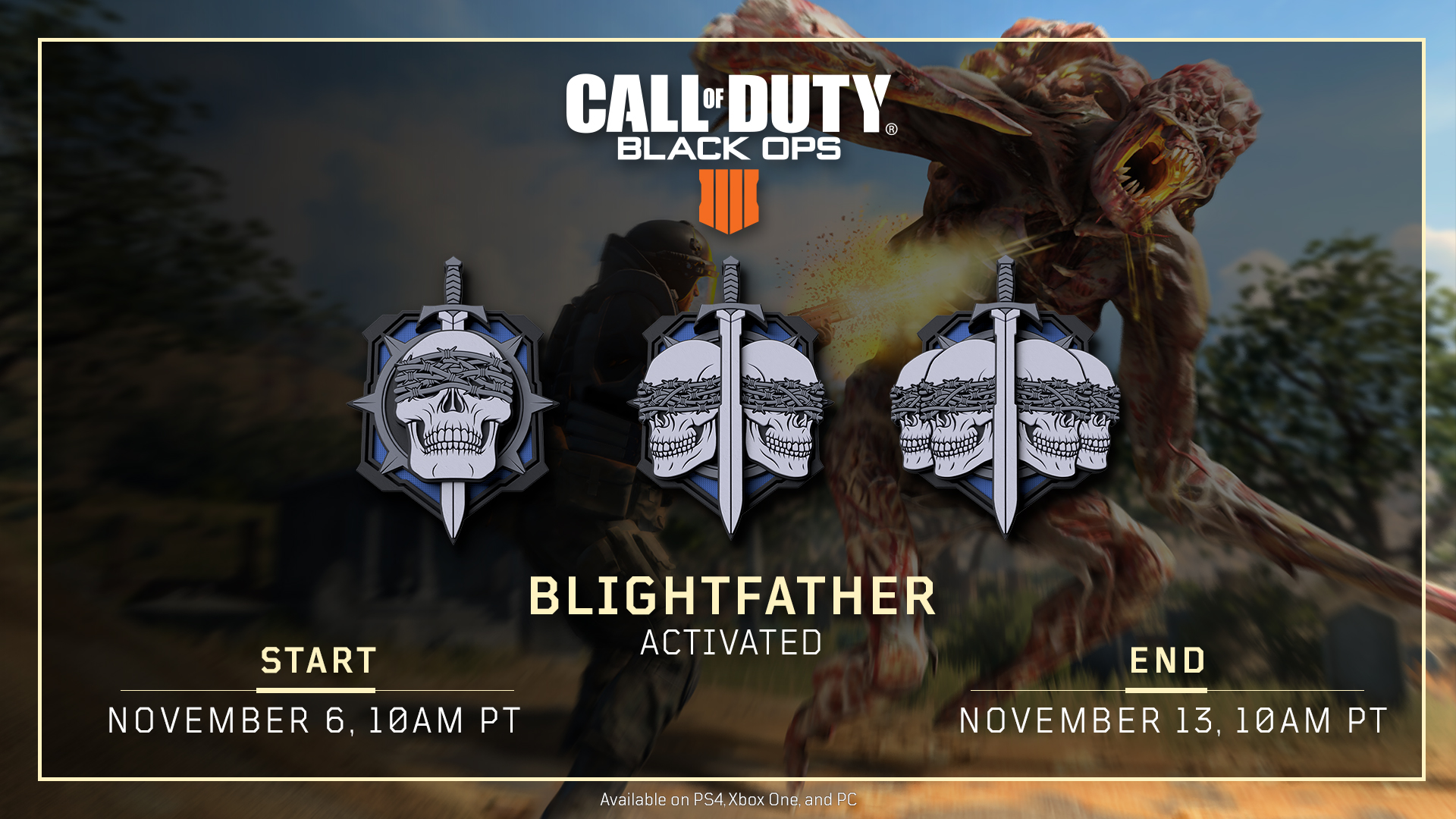 To quote from Treyarch about the event:

For a limited time, the fearsome Blightfather has been transported from IX to haunt the Graveyard just south of the Asylum. Those of you who took him on during the Blackout Beta know he won’t go down without a fight – and the victors will be handsomely rewarded this time around. This event is now live in all Blackout playlists on all platforms, so keep an eye out for the red pillar of light for a chance to slay the Blightfather... or pick off those who dare try.


For the full list of notes as well as more changes and info about this update you can go here: Treyarch

The following user likes this article: Wosley
No comments