The latest update for Fortnite just dropped today, and it is jam-packed with goodies. Among those is a newly released Heavy Assault Rifle, named the Heavy AR, and also 2 limited time Modes. One of which features AI-controlled enemies.

The first of these modes is called Team Terror. It pits two teams of 32 against each other with the goal of wiping out the opposing side. The thing you have to watch out for is that Cube Monster, the enemies that players had to contend with during the recent Fortnitemares event, will also attack you. They can drop some pretty nice loot, so it might make sense to deal with them before enemy players.

The second mode is the return of the popular game-mode known as Blitz. This takes the basic Battle Royale gameplay and speeds things up, as the storm circle begins closing in right from the start of the match. It will also close in more frequently than usual, leading to matches that should last no longer than 15 minutes. To further speed things up, there's more loot to find around the map. 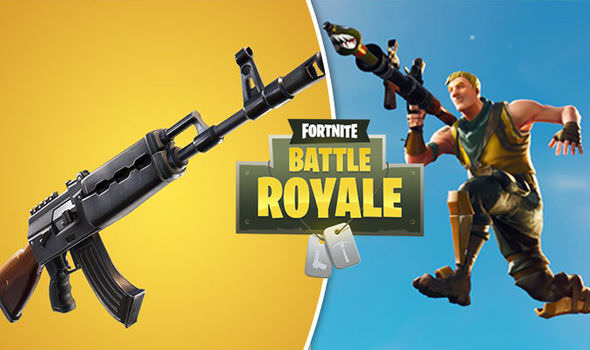 Monsters have invadsed the Battle Royale island! Two teams will battle it out as Cube Monsters monsters join the fight. Defeat the other team to earn a Victory Royale.

Blitz is a faster-paced version of Battle Royale. The match begins with the storm moving towards the island, and the delay between each circle is shorter than normal, creating matches that are 15 minutes long or less. The map also has extra loot and resources. Profile Stats count in this mode, so fight hard for the Victory Royale!